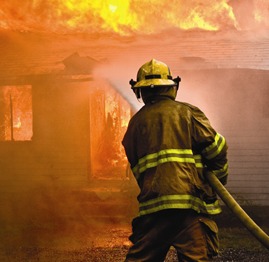 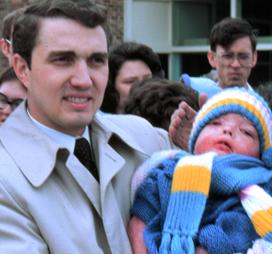 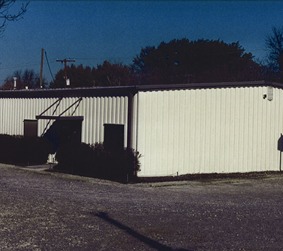 A History of Hidden Treasure

On April 23, 1978, a young pastor completing his seventh month as pastor of Faith Baptist Church in Greenville, South Carolina, ended a message with the text of I Peter 4:12-13: “Beloved, think it not strange concerning the fiery trial which is to try you, as though some strange thing happened unto you: but rejoice, inasmuch as ye are partakers of Christ’s sufferings: that when his glory shall be revealed, ye may be glad also with exceeding joy.” At the end of the message, his wife shared with him a decision she had made regarding her willingness to be used of God in whatever way He saw fit. Little did this couple know that in just a few short weeks, God would use this message and these verses to provide the comfort and encouragement needed to proceed through the personal trials that lay ahead for them and their family.

Just over three weeks later, on May 20, 1978, an explosion and resulting fire in the home of John and Brenda Vaughn resulted in severe injuries to Mrs. Vaughn and her two-year-old daughter, Becky. Mrs. Vaughn sustained third-degree burns over 65% of her body in an attempt to rescue her daughter Becky from what would have been certain death. Her two-year-old sustained third-degree burns over 95% of her body. Neither were expected to live through this tragedy.

Seven months later, Mrs. Vaughn was released from the South Carolina Burn Center in Charleston, South Carolina. Seven months after Mrs. Vaughn’s release, the Shriner’s Burns Institute in Cincinnati, Ohio, allowed Becky to return home. Becky is one of only a few children to survive an almost total body burn along with its many complications.

The Need for a Christian Education

With recuperation as the primary concern, two years quickly passed, and the issue of Becky’s schooling surfaced. Her father began to search for a school that would be able to minister to Becky’s special physical needs as well as her academic and spiritual needs. At the time, the Vaughn’s two older children were enrolled in a private Christian school where academics were presented in the context of a biblical world view. They set out to find such a school for Becky. Two of the three needs could have been met in the schools in the Greenville area. However, accommodations were not available to meet her special physical needs. After much prayer, consideration and counsel from individuals with relevant backgrounds, Pastor Vaughn began Hidden Treasure Christian School in August of 1981.

The enrollment for that year included two students—his then five-year-old daughter, Becky, and a thirteen-year-old young lady with Down Syndrome. The following year, the original 2,500-square-foot building that had housed the membership of Faith Baptist Church was remodeled into a school building. During the second school year, in addition to the special education program, a traditional school program was started as well.

Before long it became evident, however, that the traditional program would soon overshadow the special education program. Since the primary purpose for starting the school was to provide for children with special needs, the traditional program was suspended in order to focus on meeting the needs of those with physical, mental, and academic challenges.

Growing Student enrollment increased every school year. What started out to be a school designed to meet the needs of young people with mental and physical disabilities in the local area, soon became a school providing for the needs of students with varying disabilities from around the nation and literally from different parts of the world. Parents from different places across the country moved to the area in order to provide their child or children with an education based on scriptural principles.

We are now a proud partner of another educational entity : Faith Christian Academy. Learn about how your child can excel in spiritual, academic, and vocational training.